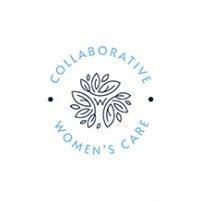 Fibroids are noncancerous tumors. They grow in the lining of the uterus. It’s a common gynecological condition that can but doesn’t necessarily cause symptoms. At Collaborative Women’s Care in Miami, Florida, Eduardo Valdes, MD, and Brittany Berre, NP, diagnose and treat fibroids. The women’s health specialists often find fibroids during well-woman exams or when you come in with concerns about pelvic pain and abnormal bleeding. For complete care, call the office today or schedule an appointment online.

Fibroids, also called leiomyomas or myomas, are muscular tumors that grow from the lining of your uterus. These tumors are always benign (noncancerous) but can vary in size and number.

You could have a single fibroid or several. These tumors can be as small as a watermelon seed or as large as a cantaloupe. They can remain small for years and then quickly enlarge, or they can grow slowly over several years.

What are the symptoms of fibroids?

Most women have fibroids without having symptoms. Or they might dismiss their symptoms as something else.

It’s not unusual for women to not realize they have fibroids until they’re found during their well-woman exam.

How are fibroids diagnosed?

Your provider at Collaborative Women’s Care could initially discover a fibroid during physical and pelvic exams. To confirm a diagnosis and determine the location, size, and number of fibroids, your provider will order an imaging procedure like an ultrasound, MRI, or CT scan.

How are fibroids treated?

Collaborative Women’s Care takes an individualized approach to treating fibroids. Your treatment plan will depend on your symptoms and the size of your fibroids.

The women’s specialist at Collaborative Women’s Care could suggest surgery to remove the fibroid. This surgery is called a myomectomy and removes only the fibroid so that you can still get pregnant.

Collaborative Women’s Care could suggest a hysterectomy (surgery to remove the uterus) for women with no further pregnancy plans.